Reigning World and European champions, former World champions and runners-up will also meet absolute newcomers – there are currently entries from twelve nations – and strong partners from the business community.

The ORC World Championship is being held from August 4 to 12, 2023 off Kiel and is picking up speed very early. Already only one month after the opening of the registration portal, 70 yachts from twelve nations have registered in January in the three divisions – Classes A, B and C – as well as a non-World Championship Class D – and every day one can follow the growing number of participants on manage2sail.com.

Entries range from the reigning World Champion, “Essentia 44” (Marcin Sutkowiski/Grand Soleil 44P/World Champion 2021 and 2022 in Class B) from Romania, the reigning European Champion Michael Berghorn with his “Halbtrocken 4.5” (KYC/Mills 45/Class A), and “Matilda 4” (Juss Ojala/J-112E, 2021 World Champion in Class C and 6th in the 2022 World Championship off Porto Cervo) from Estonia. Also entered are runners-up like the “Immac Fram” (Kai Mares/KYC/Italia 9.98, 2nd place in Class C in 2018, and the German Champion in 2019), and numerous other national champions.

And it’s not just Baltic Sea teams on the entry list for the Kiel Worlds: in addition to the reigning world champion from Romania, “Sailplane” (Rob Bottomilley/M.A.T.12) from the United Kingdom has also entered in Class B. The 12.45-meter yacht won the 2021 Rolex Fastnet Race in the IRC 1B class and the British Championship in the Performance 40 class.

In Class C, “Flying Dolphin” (Willem Ellemeet/Dufour 40), which finished sixth in the 2017 and 2022 ORC World Championships, as well as “Jack Rabbit” (Rutger Krijger/J-112) from the Netherlands have announced their participation, along with the Swiss team on “Lällekönig” (Jörg Sigg/J-99).

In August, teams like these with decades of experience from past World and European championships will meet the courage of newcomers off of Kiel. “Linje” (Dehler 38/Augsburger SC with home port Heiligenhafen), for example, will start the race without any offshore regatta experience at all. The young crew built around skipper Jan-Claas Freienstein has a lot of dinghy experience and is now entering new offshore racing arena. So far, their main sailing area has been the Ammersee, but in Kiel this year the young Franconians will now compete with the best of the best from the offshore scene.

“We knew that the World Championship off Kiel was going to be popular, but this rapid influx of entries really gives us confidence this will be a great event,” said Eckhard von der Mosel (67), who is targeting the record number of entries in the 2014 Kiel Worlds (151 yachts from 19 nations) as a possible goal to match. Then as now, von der Mosel is the ORC World Championship organization director.

The World Championship is also taking shape early on in the sponsorship sector. “We are already very pleased that the partners have committed to us so early. This makes planning easier for the organizer,” said Sven Christensen, managing director of KYC marketing agency Point of Sailing.

First and foremost, North Sails climbed on board as a partner. “I’m looking forward to the World Championships,” says Bertil Balser (Hamburg), who is involved in Schilksee in three different capacities. The RVS chairman is planning to take part in the ORC World Championship as an active sailor aboard the TP 52 “Imagine” (Holger Streckenbach/Greifswalder Yachtclub), and is delighted about the turnout as RVS class boss and has been an event partner from the very beginning as a North Sails representative. And Germany’s North Sails boss Stefan Matschuck adds: “Supporting the ORC World Championship on our own doorstep is a downright duty for North Sails. This does not only apply to the World Championship as such: we will be helping to prepare the crews and boats with seminars and training sessions right up until the first starting signal.”

X-Yachts also made an early commitment to the ORC Worlds in Kiel. X-Yachts has had close ties to regatta racing for decades, such as being a partner of the ORC World Championship in 2011 and 2014, and is one of the shipyards that also owes its importance and size to the successes their designs have enjoyed on the race course. According to every measurement formula from IOR to IMS to ORC, X-Yachts have and continue to excel on the race course. And with the X/79, X/99, X-35 and X-41 designs, the Danish yard has also launched large one-design classes, three of which have even been recognized as such by World Sailing, the governing body of the sport.

“Especially in Northern Europe, we have always provided the largest fleets at major championships. This year I hope for 20 percent or more X-Yachts among the entries,” said Torsten Bastiansen, who will be racing his “Sydbank”, an X-35, in ORC Class C. “I hope that we can continue the successes we had with our previous boats, the X-332 ‘No Limits’ and an IMX-40 named ‘Veolia’. We can’t afford to miss a world championship on our doorstep,” Bastiansen said.

After North Sails and X-Yachts, the credit institution Sydbank, the clothing manufacturer Gaastra (official apparel partner of ORC) and the insurance specialist Pantaenius also declared their support for the Kiel Offshore World Championship around the turn of the year.

Sydbank has been supporting the Kiel Yacht Club for years. The credit institution has already been the title sponsor of the Sydbank Cup from Kiel to Denmark, is a partner of the Kiel Yacht Club, and donated among other things a J/70 in 2022 and five years ago a dinghy for the youth department of the club. And Torsten Bastiansen/Sven Christensen’s X-41 (Flensburg/Kiel) raced in the regatta as “Xen-Sydbank”.

“The World Championship fits in with our commitment to the Kiel Yacht Club with its focus on the Baltic Sea and Denmark,” says Kiel’s Sydbank branch manager Ulf Hennig. The business graduate is an enthusiastic sailor and will follow the World Championship from escort boats. “The organizers’ goals are ambitious, and we are happy to support Kiel Yacht Club, its members and the organizers,” Hennig said.

Another high-profile partner in the ORC World Championship boat is Gaastra. Back in 1897, Douwe Gaastra founded a sailmaking company in Sneek, the Netherlands. His goal: to sail faster and farther, reinventing the centuries-old Dutch tradition of world class, quality and craftsmanship. Today, Gaastra is a stylish and functional lifestyle brand with an international reputation.

Since April 2022, Gaastra has been a partner of the Offshore Racing Congress (ORC), the world’s leading rating system. This system issues over 10,000 certificates each year to boats from over 40 countries, creating fair ratings from Sportboats to Superyachts to Multihulls, and is used in major championships and events. “This cooperation is a perfect fit for us because, as with ORC, our vision for future growth is based on development,” said Karel Begemann, Marketing Manager Gaastra Sportswear. In Kiel, Gaastra is now expanding its cooperation in the offshore sector as the official apparel sponsor of the ORC World Championship, outfitting the organizers’ teams and supplying the crews with shirts and caps.

Gaastra will also offer event merchandise through the organizers. Branded buoys, banners on the harborside and flagpoles will make Gaastra highly visible in Kiel in August. “For Gaastra, this is the next step in its collaboration with ORC,” Begemann said.

Pantaenius completes the sponsor quintet at the turn of the year.

Pantaenius has been brokering insurance policies since 1899 and has developed continuously ever since. Today, the group is run as a second-generation family business by siblings Anna Schroeder, Martin Baum and Daniel Baum, and has locations on three continents. With know-how and internationality, the Pantaenius Group specializes in three insurance areas: Insurance Broker, Yacht Insurance and Online Boat Insurance.

Strong partners, big names in the entry list and great interest among the active sailors – the ORC World Championship in Kiel is preparing to move into big dimensions.

or visit us at boot Düsseldorf at the booth of Kiel Marketing GmbH, Kiel. Sailing. City, Kiel Yacht Club and Sporthafen Kiel GmbH: Hall 15, Stand A24 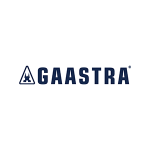 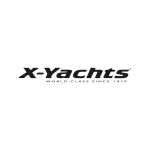 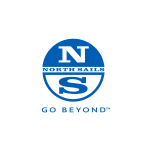